LISTEN TO THE OLD TIMER

Don’t you feel for the people in horror movies? They find themselves in absolutely terrifying situations—and without warning! Or...were they warned? More often than not there’s an old-timer, a sign, or a legend that’s clearly telling people to stay away. The same is true for us. We could save ourselves a scary ordeal simply by looking for and listening to wise counsel.

That never happens in a horror movie. Instead you hear, “OK everybody, let’s split up.” As soon as those words are uttered, you know someone is as good as dead. Why face whatever’s out in the dark by yourself? There’s strength in numbers, and there’s power in community. We can survive the most horrifying situations that life can throw our way—as long as we’re not facing them alone.

IT'S NEVER "JUST THE WIND"

What’s the worst thing you can do in a terrifying situation? Pretend you’re not in a terrifying situation. It’s never “just the wind” making noise—it’s always a monster! And as former Admiral Jim Stockdale says, “You must never confuse faith that you will prevail in the end—which you can never afford to lose—with the discipline to confront the most brutal facts of your current reality, whatever they might be.”

﻿I mean, this is a no-brainer, right? Nothing good ever comes from going to the attic. It’s a place that’s haunted—not by ghosts, but by our past. The attic is a place where we store personal items and relics from a time gone by. And if we want live life to the full, we can’t get there by staying in the attic—dwelling on regrets, mistakes, and things we can’t change.

KILL THE KILLER (AND MAKE SURE HE'S DEAD)

﻿It’s all led up to this—you’re face to face with the killer. You think you have the upper hand. A candlestick over the head and he’s down for the count, right? Not so fast. The killer never stays dead. Just ask Jason, Michael, or Freddy. No, killing the killer is daily work. As the Reverend John Owen once said, “Cease not a day from this work. Be killing sin or it will be killing you.” 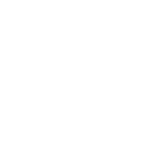 We are Cornerstone. We exist to help people find the Father, a Family, and a Fulfilling Future. Whatever your circumstances - single, married, with or without children - and no matter where you’ve been or what you’ve done, you matter to God. We hope you take some time to browse around our website. But don't let your "visit" to Cornerstone end online. Come experience us in person to really see what we're all about.

Thanks for checking us out! We're glad you're here.